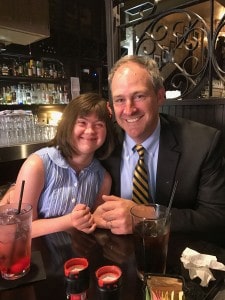 Justin Gilbert and a happy client, sharing a victory soda.

Mr. Gilbert has initiated direct federal actions involving abuse cases, lack of funding, and systemic impediments to least restrictive environments. He has also tried numerous due process cases for children with disabilities, followed by federal court enforcement actions across the state — in Knoxville, Nashville, and Chattanooga. He has then enforced the rights of children, as well as established important case law before the Sixth Circuit Court of Appeals on issues ranging from school retaliation and school segregation of children with disabilities.

Some recent case law contributions by Mr. Gilbert include:

Mr. Gilbert’s work in the area of school litigation has not only netted substantial sums to assist these children, but has delivered legal changes affecting others — including ensuring access to informal assistance from the Tennessee Department of Education, allowing parents to proceed to federal court for systemic actions involving lack of funding. Currently pending are cases involving ensuring “least restrictive environment” for children with intellectual disabilities; preventing the illegal restraint and seclusion of children with intellectual disabilities; and ensuring public schools are not rewarded for too-restrictive placements. In these cases, and others, Mr. Gilbert associates with some of the finest experts in the country, and even the world.

Mr. Gilbert also won trials against large manufacturers and retailers. In 2011, the Sixth Circuit affirmed Mr. Gilbert’s jury verdict for retaliation under the ADA and Tennessee Disability Act, including full back pay, compensatory damages, reinstatement of the plaintiff, and $200,000 in attorney fees: Baker v. Windsor Republic Doors, 414 F.App’x 764 (6th Cir. 2011). In Taylor v. Autozone (2010), he obtained compensatory and punitive damages for the company’s action of terminating an employee for absences related to workers’ compensation treatments.

Some of Mr. Gilbert’s other reported cases include:

Little v. Eastgate Liquor of Jackson, 2007 WL 1202431 (W.D. TN April 24, 2007) (creating new exception to the at-will rule of employment in Tennessee where employer fires an employee for saving another from death or serious bodily injury);

Mr. Gilbert has obtained hundreds of confidential settlements. Recently, he has obtained a string of six-figure settlements for damages incurred by public school-children and their parents. Additionally, he recently obtained:

Most important of all, Mr. Gilbert is married to his wife, Lynda, also an attorney, and they have twin boys and two daughters. They live just outside of Chattanooga, in Signal Mountain, Tennessee. 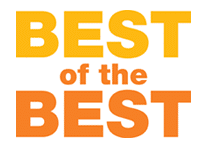 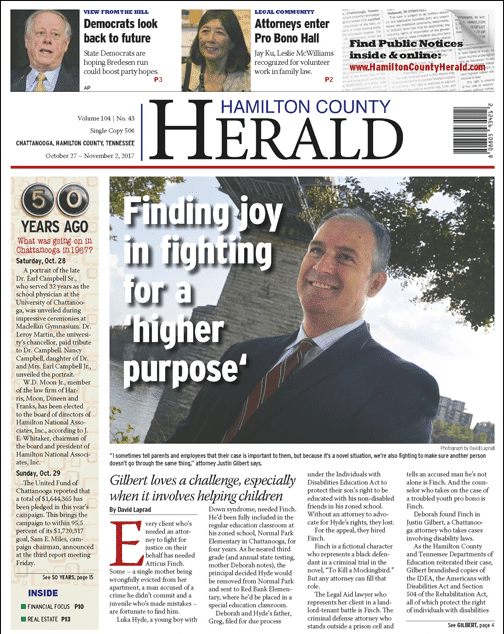 McWherter Scott & Bobbitt is pleased to announce partner Jonathan Bobbitt’s inclusion in The National Trial Lawyers Insurance Bad Faith – Top 10 Specialty Association. Mr. Bobbitt is honored to...Jan. 02, 2020
An arbitration agreement or clause is a part of a contract in which parties agree that certain types of disputes may be handled through arbitration instead of litigation. If you...Nov. 20, 2019